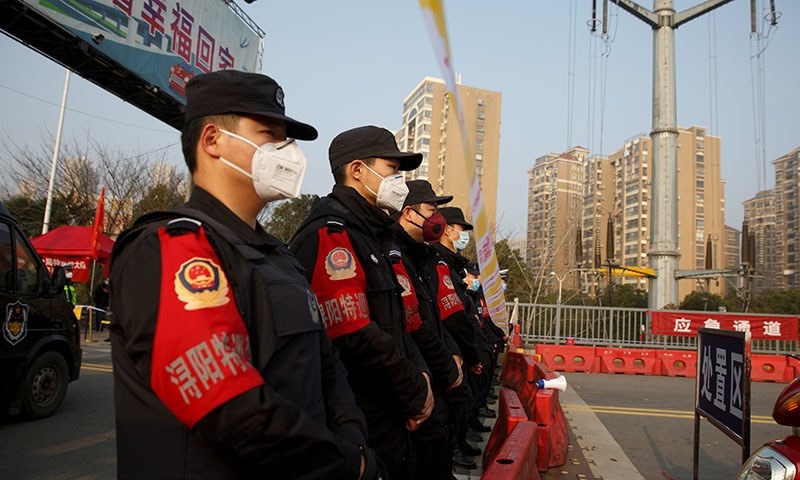 The World Health Organization has declared an international emergency because of the outbreak.

A virus similar to the SARS pathogen has killed more than 200 people and has spread worldwide since its appearance in a market in the central Chinese city of Wuhan.

Chinese authorities increased the number of victims on Friday to 213 dead and nearly 10,000 infections. Outside of mainland China, more than 100 infections have been reported.

The World Health Organization has declared an international emergency because of the outbreak.

These are the places that have confirmed cases of the new coronavirus 2019:

China has taken extreme measures to stop the spread of the virus, including the effective quarantine of more than 50 million people in Wuhan and the surrounding province of Hubei.

The government reported 43 new deaths on Friday in the previous 24 hours.

The number of new deaths has increased daily in the last 10 days. The vast majority have been in Hubei, and many were elderly.

The National Health Commission of China also said Friday that 1,982 new cases had been confirmed, bringing the total to just under 10,000.

Another 102,000 people were under medical observation in China with possible symptoms of respiratory disease.


Nine patients have been confirmed in Australia. Most of them arrived in the country from Wuhan or Hubei province.

The Cambodian Ministry of Health reported on Monday the first case of the virus in the country, a 60-year-old man who arrived from Wuhan and is now stable.

In Hong Kong, 12 people are known to have the disease. Of these, approximately half arrived through a new high-speed train terminal that connects the city with the Chinese continent.

The woman, a student at Wuhan University, is stable and isolated in a hospital.

Japan's health authorities confirmed on Thursday that they had registered 14 cases, including two cases of transmission from person to person.

The driver and tour guide of a bus carrying Wuhan visitors were infected despite not having visited China recently.

Macao, a popular gaming center among tourists from mainland China, had confirmed seven cases until Tuesday.

Malaysia confirmed a new case on Thursday, raising the total to eight. All are Chinese citizens, according to the ministry of health.

Nepal said a 32-year-old man who arrived from Wuhan had the disease. He was initially quarantined, but recovered and was discharged.

The Philippines reported its first case of the virus on Thursday, a 38-year-old woman who arrived from Wuhan and no longer shows symptoms.


He arrived in the Philippines on January 21, sought medical help four days later and was admitted to the hospital for tests.

Singapore has confirmed 13 cases, all from Wuhan.

Of the six, five traveled from Wuhan, Seoul authorities said.

But one of the two recently confirmed people was diagnosed after being in contact with the third confirmed patient in the nation in the South, they added.

Taiwan has discovered eight cases so far, including two 70-year-old Chinese women who arrived in the country as part of a tourism group.

Thailand has announced 14 confirmed infections, the highest figure outside of China.

Health officials said that of the six new cases, all Wuhan Chinese visitors, five belonged to the same family, aged between six and 70 years.

Hanoi confirmed on Thursday three new cases of the virus, all Vietnamese citizens who had returned from the Chinese city of Wuhan, bringing the total number reported to five.

Canada has confirmed two cases so far, and is calling a third case "alleged", which means officials are waiting for final confirmation of the results of a national laboratory.

The United States has confirmed six cases, including the first person-to-person transmission on American soil of a woman to her husband in Chicago.

There are two cases in California, two in Illinois, one in Arizona and one in the state of Washington.

A tourist from Wuhan tested the virus on Wednesday and was treated in isolation in the hospital, authorities said.

There are six known cases in France, the first European country affected.

Germany now has five confirmed cases, including the first person-to-person transmission on European soil: a 33-year-old man who became ill after attending a training session organized by a visiting Chinese colleague.

The five patients are isolated in a hospital in Munich.

United Arab Emirates health officials said Wednesday that a Chinese family of four had tested positive for the virus after arriving from Wuhan several days ago.

Header photo: Police stand at a checkpoint on the Jiujiang Yangtze River Bridge that crosses from Hubei Province in Jiujiang, Jiangxi Province, China, when the country is affected by an outbreak of a new coronavirus , On January 31.