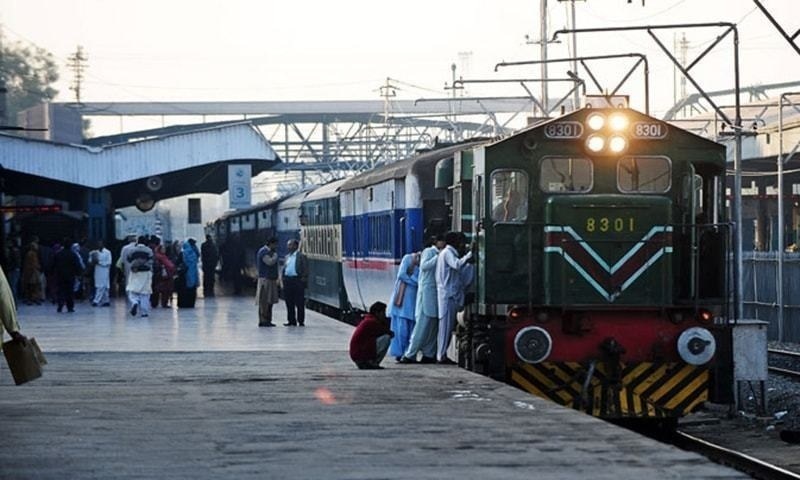 LAHORE: Apparently in panic after the adverse comments reported by the Supreme Court on the state of affairs on the Pakistan Railways, the public relations administration on Tuesday placed the services of Jamshaid Alam, Deputy Division Superintendent, Karachi, suspended in relationship with the hell of the Tezgam train on October 31 near Liaqatpur, Rahim Yar Khan, which claimed more than 70 lives.

The decision was made after the superior court reportedly reprimanded railroad minister Sheikh Rashid Ahmad and senior public relations management for not taking action against any senior official for being responsible for the incident.

“Following the incident of the fire in 7-Up (Tezgam Express) on October 31, the service of Mr. Jamshaid Alam (Deputy-DS, Karachi), a BS-19 officer, was suspended with immediate effect,” he says A notification issued by the Ministry of Railways.

Interestingly, Mr. Alam, who was found negligent in the Federal Government Railroad Inspector (FGIR) investigation report on December 5, was allowed to continue working since no departmental measures were taken against him.

“Mr. Jamshaid Alam is responsible for not guaranteeing the traffic of Tableeghi Ijtima as provided in Chapter IX, Special Traffic Management of the Operations Manual. His conduct falls within the scope of section 3 (a) of the Government Server (E&D) rules, 1973 “, mentions the investigation report compiled by the then FGIR Dost Ali Leghari, currently published as the Chief Executive Officer / General Manager of PR.

On the other hand, an official seeking anonymity criticized the public relations administration for not taking action against senior officials shortly after compiling the investigation reports that found them guilty of negligence. He said the administrator only took action after the SC rebuked the minister and senior officials.


On November 4, 2019, the PR had suspended the services of six BS-17 and BS-18 officials for showing negligence in the performance of their duties, which caused a massive fire in three Tezgam Express trainers.

Those previously suspended in the light of an investigation report included the commercial officer (CO) of the Karachi division, Junaid Aslam, the assistant commercial officer (ACO) Ahsanul Haq, the ACO of the Sukkar division, Abid Qamar Sheikh and Rashid Ali, and the deputy superintendents of the railway police (DSP), Karachi and the Sukkar, Dilawar Memon and Habibullah Khattak divisions.

Although the public relations administrator had transferred to a BS-20 officer, Amir Daoodpota, who was a division superintendent of Multan, did not mention the reason for his transfer. However, according to the source, his transfer was also related to the Tezgam fire incident. Similarly, on November 7, the PR also suspended 13 railway police officers from service.

The official regretted that, despite the government’s high claims of improving public relations issues, there was an increase in train accidents, especially on the main line during the last year or so.

“Only on Monday, there were two derailments, one in Khanewal and one in Kotri that caused the suspension of rail traffic for a few hours,” he said, and asked the minister to focus on the rehabilitation of existing main and secondary security lines. of passengers, instead of launching new trains.