Home Pakistan Is Pakistan the next big market for tech startups? – Tech 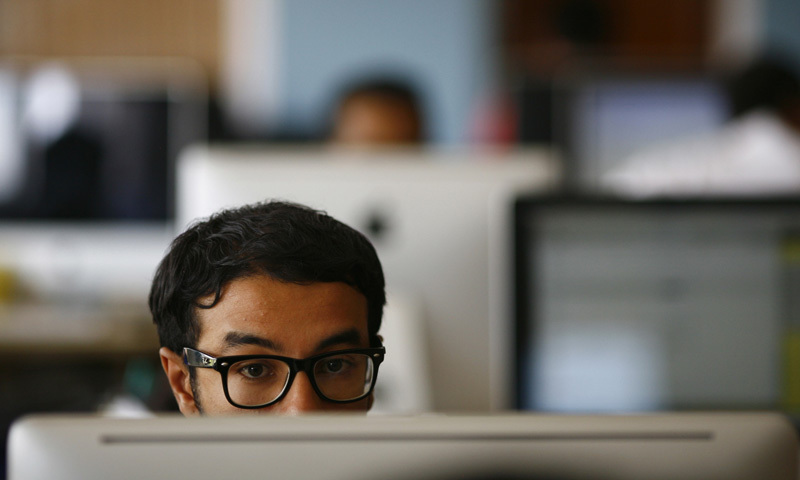 Pakistan may be the next big technology startup market in Asia, according to a report published by Germany Deutsche Welle on Wednesday.

According to Dw, Pakistan’s young population and rising levels of local capital are creating opportunities for technology entrepreneurs to explore the country’s market.

Pakistan has been named one of the fastest growing economies in Asia in the latest McKinsey & Co report on the Pakistani ecosystem, Dw said.

Citing the same report, Dw He said that 720 new companies were created in the country since 2010, of which 67 percent are still in operation.

Presenting an example of how Pakistan’s startup scene is gaining worldwide support, the Dw The article says that the Egyptian private transport company, Swvl, has recently revealed plans to invest $ 25 million in Pakistan’s technology sector over the next two years to finance new pre-seed companies and create 10,000 jobs.

The article also pointed out that the startup industry “is fundamental to the government’s plans to create an enabling environment. […] and stimulate economic growth “and that in the second half of 2019, Pakistan approved six reforms focused on creating a better environment for technology-based companies in the country.

These measures seek to facilitate the regulatory environment for companies, including the introduction of a three-year tax relief and the creation of a single online registration system, through which “companies can now join in 17 days, instead of 20, at a reduced price cost of 1.1pc, “the Dw said.

According to Dw, these reforms seem to be effective as “Pakistan’s position in the World Bank’s Ease of Doing Business report jumped from place 136 in 2018 to 108 in 2019”.

The article, while noting that startups in Pakistan raised $ 18.8 million in funds in 2019, said “more capital is expected to flow to startups from abroad in the following years.”

the Dw The article also welcomed the launch of the initiative & # 39; Pakistan digital & # 39; in December 2019. The initiative, led by former Google executive Tania Aidrus, has the agenda to increase access and connectivity, improve digital education and introduce a new era of e-government in Pakistan.

“Pakistan’s technological ecosystem has been slowly gaining momentum in recent years. It is home to a solid foundation of technological talents and remains competitive at an affordable price, which makes it ideal for early stage founders like me,” Hena Husain, founder of London. The communications startup, The Content Architects, was cited by Dw as saying According to Hena, the growth in the technological market of Karachi increases day by day. Content Architects works with a development team based in Karachi.

According to DwHowever, confidence in Pakistan’s technology market has led to an increase in the availability of local capital.

“While Pakistan’s startup scene and the venture capital market is still relatively new, the amount of funds, such as i2i Ventures and Fatima Gobi Ventures, and active angel investors have increased significantly since 2018, Dw said.

When trying to find out where Pakistan’s technology revolution came from, Dw Iskander Pataudi, a Pakistani-born technology professional working in Berlin, said the technology scene in the country evolved organically.

“Some new Pakistani technology companies have raised large rounds of financing at a time when our economy simply keeps its head out of the water,” he said. “This makes sense, considering that we have a large market of young consumers with digital knowledge and greater 3G and 4G connectivity.”

Citing Rabeel Warraich, founder of the Pakistan-based venture capital fund Sarmayacar – Dw He said a series of startup success stories, combined with a more stable political landscape under President Imran Khan, has increased “investor confidence that Pakistan has enormous potential to get out of business.”

According to Dw, Pakistani citizens living abroad are beginning to believe that new avenues of opportunity are opening at home.