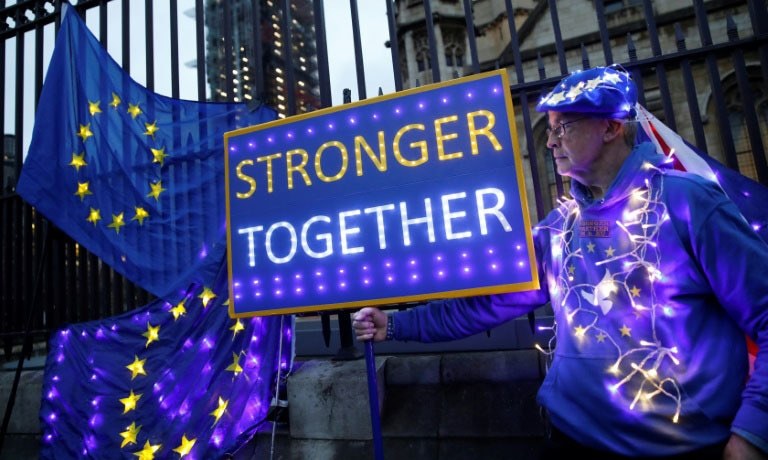 Britain ends almost half a century of integration with its closest neighbors on Friday and leaves the European Union, starting a new chapter, but still uncertain, in its long history.

In the strike of the clocks at 11 p.m. (UK time) – Midnight in Brussels – Britain becomes the first country to leave the 28-member bloc and does so only for the first time since 1973.

Prime Minister Boris Johnson supported Brexit since the 2016 referendum vote to leave, which caused bitterness and division, but has promised to take the country to a bright new future.

The official celebrations will be silenced out of respect for half of the population who wanted to stay in the EU and who remain fearful of what awaits them.

"Our job as a government, my job, is to unite this country and take us forward," Johnson said in a statement commemorating the historic occasion.

He added: "This is not an end but a beginning. This is the moment when the dawn of a new act rises and the curtain rises."

Nothing will feel immediately different thanks to a transition period negotiated as part of an EU-UK exit agreement, which was ratified only this week.

Read: What is Brexit about?

The British will be able to work and trade freely with the EU nations until December 31, and vice versa, although the United Kingdom will no longer be represented in the block institutions.

But legally, Britain is out, without an easy way back.

And although the terms of exit have been agreed, Britain must still reach an agreement on future relations with the EU, its largest trading partner.

Getting this far has been a traumatic process.

Despite Britain's resistance to many EU projects over the years, he refused to join the single currency or the Schengen free travel area, the 2016 vote to leave was a big shock.

It unleashed political chaos in London, provoking years of bitter arguments that paralyzed the parliament and forced the resignations of two prime ministers.

Johnson ended the turmoil with his decisive electoral victory last month, which was granted by the parliamentary majority to ratify the Brexit agreement.

Johnson himself is a polarizing figure, but he has emphasized unity and is avoiding any important celebration that may exacerbate divisions.


First he will host a special cabinet meeting in the city of Sunderland, in the north east of England, which was the first to declare in favor of Brexit in the 2016 vote.

At 10 pm. (UK time), will broadcast a speech to the nation and then organize a reception for staff in its 10 Downing Street office.

A light show will also be held outside of No. 10, while millions of 50 pence commemorative coins are minted to commemorate the occasion.

In them is the message: "Peace, prosperity and friendship with all nations."

On the contrary, Nigel Farage, the leader of the Brexit Party who has spent decades campaigning to leave the EU, is planning a large demonstration in the nearby Parliament Square.

He delivered a triumphant speech on Wednesday, his last day as a member of the European Parliament, waving Union Jack flags and declaring that Britain "will never return."

But then, many MEPs said goodbye to Britain and broke into a choir of the traditional Scottish farewell song, "Auld Lang Syne."

The Grand-Place in Brussels was illuminated on Thursday in red, white and blue.

British Eurosceptics have campaigned for decades to free their country from what they see as an excessively bureaucratic and inexplicable institution.

Johnson has promised to leave the single market and the EU customs union, giving Britain the freedom to forge trade agreements around the world.

But it remains to be seen exactly how it will work, and at what cost to companies that depend on EU business.

The EU divorce agreement solved the problem of London's debts, the rights of EU expatriates, the state of Northern Ireland and the transition period.

But Johnson has taken only 11 months, until the end of the transition, to negotiate a new EU partnership, covering everything from trade to security cooperation.

He will present his plans in a speech early next week, but Brussels has already warned that he should limit his ambitions or ask for more time.

Johnson also wants a trade agreement with the United States, where President Donald Trump is a great advocate of Brexit.

Secretary of State Mike Pompeo praised the potential opportunities during a visit to London on Thursday, and said: "You will see the enormous benefits that accrued in our two nations as a result of this."