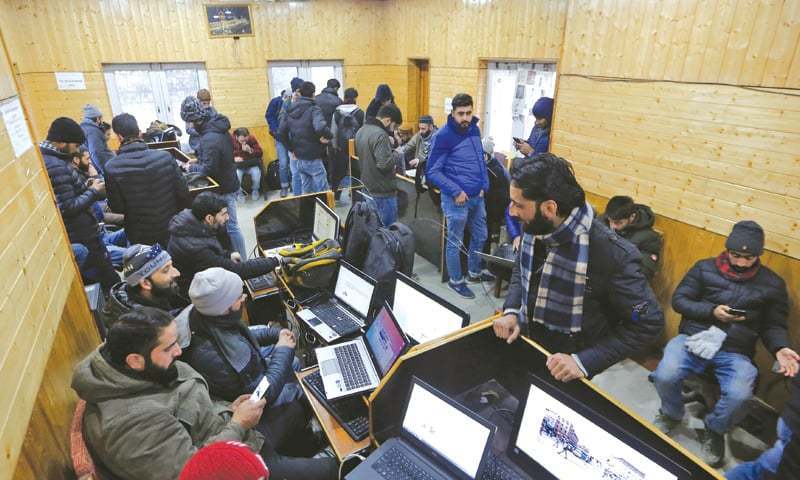 NEW DELHI: A consequence of the Supreme Court order on the closure of the Internet in occupied Kashmir, where it established rules of responsibility for Internet closures and said that some essential websites should be accessible, is that it has resulted in the Creation of the Great Indian Firewall: filters that control what users can and cannot access online, said the Medianama portal on Saturday.

He said that Internet service providers (ISPs) have been asked to install a firewall and to white-list certain websites.

He cited Shaleen Kabra, Chief Secretary in the Interior Department of the Government of Jammu and Kashmir occupied, in an order, saying that the ISPs will have to install “necessary firewalls and carry out a” white list “of sites that would allow access to government websites and websites that deal with essential services, electronic banking, etc.

Excluding, however, access to all social networking sites. ” In addition, Kabra adds that “2G mobile connectivity in postpaid mobiles to access white list sites, including electronic banking, will be allowed, to begin, in the districts of Jammu, Samba, Kathua, Udhampur and Reasi.”

This is not as sophisticated as the Great Firewall of China, but it is the first step in that direction, said Medianama. It is believed that the Great Firewall of China has blacklists for certain websites, content and keywords, and some whitelists, but it also has block lists. VPNs are prohibited, but some work. There is more that the Chinese government does to allow content blocking.

In listing some points to consider, Media man said: “This legitimizes the establishment of the blocking infrastructure and its use by the government, even though the order is valid for 7 days; It is likely to extend further.

Why not block certain content for the whole country? ”, Said Medianama.

The extent of the Internet blockade is not out of the question, and Section 69 of the IT Law allows the Government of India to conduct a secret Internet blockade, without transparency and, therefore, without accountability to the public, said the portal.

The Supreme Court, apparently trying to find a balance, and by asking the government to adhere to the principles of proportionality, has effectively legitimized the filtering infrastructure, saying that:

“In any case, state / interested authorities are instructed to immediately consider the possibility of allowing government websites, localized / limited electronic banking facilities, hospital services and other essential services, in those regions where it is unlikely that Internet services are restored immediately. ”