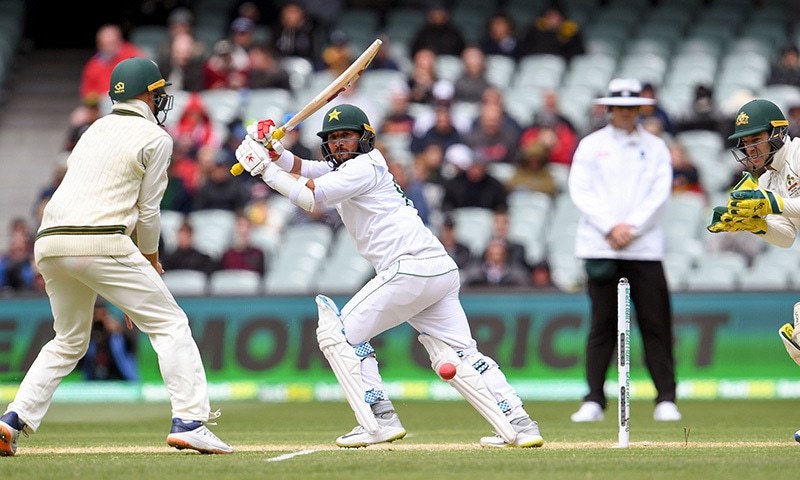 Australia headed for a dominant victory and a series of whitewashed on Sunday after leaving Pakistan staggering at 39 for three in their second inning on the third day, there are still 248 left to make the hosts beat again in the second test.

Opener Shan Masood was not 14 years old, with Asad Shafiq at eight when the rain brought stumps early in the day and night test in an illuminated Adelaide Oval.

Hazlewood caught the opener Imamul Haq lbw by a duck on the cusp of dinner and then returned for Babar Azam to be caught by eight.

Starc, who was 6-66 in the first innings, grabbed his seventh wicket for the test by firing Pakistan captain Azhar Ali by nine, with Steve Smith diving for a good catch in the slips.

After beating Pakistan for one inning and five races in Brisbane's first game, Australia seems to be prepared to sweep the series 2-0 unless the weather intervenes.

Anchored by a magnificent 335 by David Warner, the home team declared their first entries closed in a gigantic 589 for three on day two and then reduced Pakistan to 89 for six in the afternoon session.

Australia was forced to work hard for the remaining wickets on the third day while Yasir Shah was digging for an unlikely century.

The robust leg shooter was finally trapped in the depths by 113, but not before warming hearts from Peshawar to Karachi while clinging defiantly to record his first ton test.

He hit magnificently in associations with Azam and Tailender Mohammad Abbas, but he was nervous when he was on the brink of his hundred.

Caught in 99 with Hazlewood smoking, the hearts were in the mouth as he threw his bat in a more complete delivery, with the shot raised near a man halfway.

He simply evaded the extended hand of a follow-up Pat Cummins, allowing the 33-year-old man to run for one.

Yasir, whose previous high test score was 42, gave David Warner a run for his money with his lush celebrations as he knelt to touch his forehead with the grass before getting up to swing his bat like a sword.

After a 104 in the Brisbane test, Azam lost a second consecutive century, falling to 97 when he tried to destroy Mitchell Starc through the decks.

An inflamed Cummins put an end to the brave ninth rearguard of Wasket de Yasir and Abbas in 87 races with a short-ball brute that broke off Abbas's glove and went to Warner in the ravine.

Australia's hopes of shaking its tail were affected by a careless day in the countryside.

Part-time leg thrower Marnus Labuschagne let go of a simple shot caught and thrown to crush Yasir in 43 and dropped it again in 106 when he landed on the short leg.

But Paine's team left Adelaide Oval's soaked lawn satisfied with their work, with the luxury of time to tear down the seven grounds for victory.