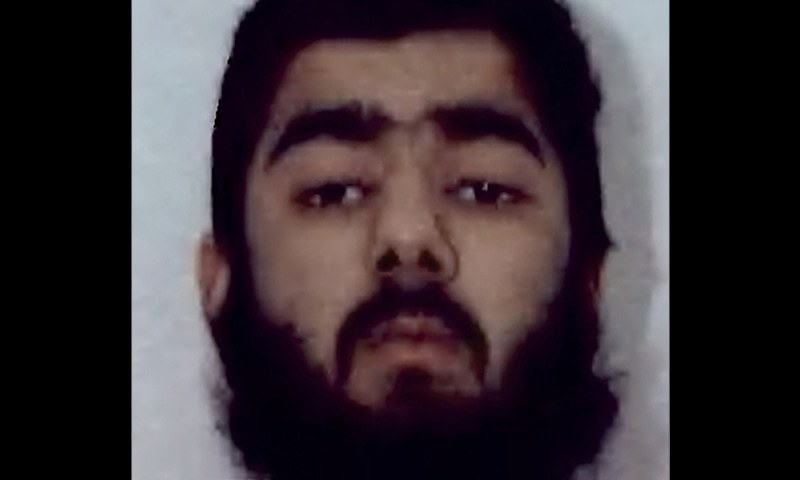 The Metropolitan Police on Saturday identified the London Bridge attacker as British citizen Usman Khan, a 28-year-old man from Staffordshire.

"We are now in a position to confirm the identity of the suspect as Usman Khan, 28, who had resided in the Staffordshire area. As a result, the officers are, tonight, searching at an address in Staffordshire," The assistant commissioner Neil Basu said in a statement issued after midnight.

Khan stabbed two people to death and left three injured a day earlier in an attack that caused fear and panic throughout the city when residents revisited the specter of terror returning to London.

"This individual was known by the authorities, having been convicted in 2012 for terrorist offenses," Basu said. "He was released from prison in December 2018 with a license and, clearly, a key line of investigation now is to establish how he came to carry out this attack."

He added that Khan was shot by specialized armed forces and died at the scene.

"The circumstances, as we understand them today, are that the attacker attended an event earlier on Friday afternoon at Fishmonger’s Hall called‘ Learning Together ’."

He added that police believe the attack began inside before Khan left the building and proceeded to the London Bridge, where he was arrested and subsequently confronted and shot by armed officers.

Who is Usman Khan?

According to The TelegraphKhan, a British citizen born in the United Kingdom and of Pakistani origin, left school without qualifications after spending part of his adolescence in Pakistan, where he lived with his mother when she became ill. Upon his return to the United Kingdom, he began to preach extremism on the internet and attracted many followers.

In January 2012, Khan pleaded guilty to engaging in conduct in preparation for acts of terrorism contrary to section 5 (1) of the United Kingdom Terrorism Act of 2006. Khan was among the nine men accused of conspiracy to bomb high-profile targets in London in the race. until Christmas in 2010. At that time, the men were described as an al-Qaeda-inspired group that wanted to send mail bombs to various targets and launch an atrocity of "Mumbai style." At the time of his arrest, Khan lived in Stoke-on-Trent, a city in central England.

At that time, a list of objectives written by hand in one of the houses of the defendants listed the names and addresses of the then Mayor of London, Boris Johnson, the United States Embassy and the Stock Exchange. The British police anti-terrorist operation that led to his arrests was the largest in 2010.

Khan was sentenced to public protection detention with a minimum prison sentence of eight years, a sentence designed by the UK authorities to protect the public from serious criminals whose crimes did not deserve a life sentence.

Criminals sentenced to an IPP have a minimum term that they must spend in prison. Once they have completed their rate, they can request the release of a probation board. The Parole Board releases a criminal only if he is convinced that it is no longer necessary for the protection of the public that the convicted person be confined. If criminals receive probation, they will be under supervised leave for at least 10 years.

The judge who had examined the appeals of Khan's sentence and the others convicted in 2013 had said: "They wanted to support and commit acts of terrorism in support of their religious beliefs. They drew attention to the security services that monitored them through the use undercover surveillance techniques and devices and were able to make his arrest before advanced measures were taken to implement his plans. "

He also noted that, although they were from different parts of the country (Stoke, Cardiff and London), the groups managed to meet.

The judge also said that Stoke's defendants, which included Khan, were recorded discussing terrorist attacks abroad. On December 15, 2010, Khan had been monitored by the UK authorities in a conversation about how to build a pipe bomb from a recipe mentioned in an Al Qaeda publication.

The authorities also heard Khan trying to radicalize another man and make clear his intentions to travel abroad to a training camp that was apparently a madrasa. The Stoke group, which included Khan, was to fund the camp and recruit men for him. The court said that "Khan only expected victory, martyrdom or imprisonment."

Pokémon Sword and Shield’s coolest towns are the most shallow